For this deep mapping project, I walked a six mile stretch of Lincoln Avenue in Chicago, known also as US hwy 41. It is a commercial strip revealing layers of its history including a motel row from the days before the interstate system. I have family history along the route, as it was a major streetcar route during the early 20th century. The project marks the CTA's elimination of that portion of the #11 Lincoln Avenue bus route.

This set of photopolymer intaglio prints were made during a residency at Anchor Graphics in Chicago in June of 2014.  The prints layer personal memories with notes, photos, and ephemera gathered during the walk. Read/Write Library of Chicago was invaluable in assisting with the gathering of ephemera. 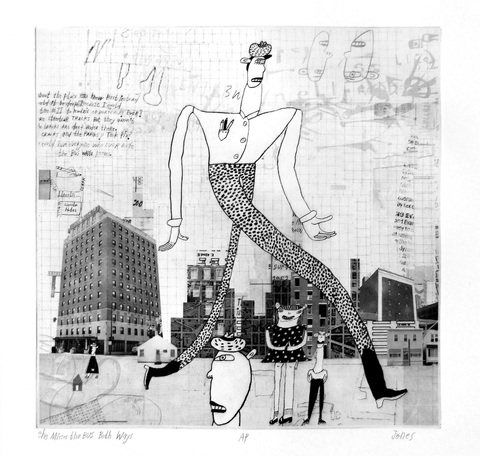